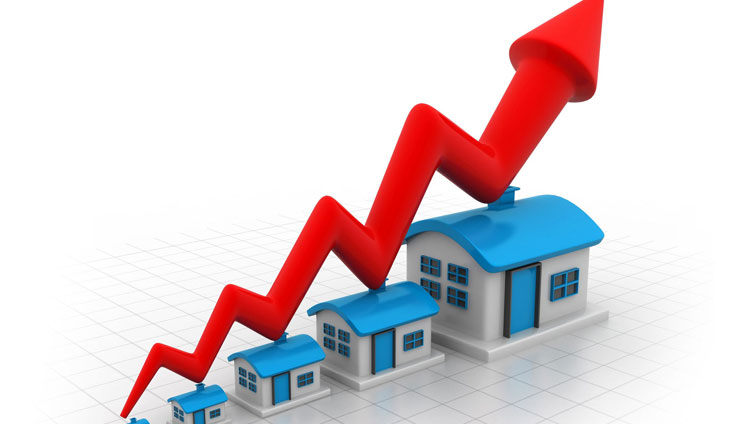 The year-on-year price of residential real estate grew for three straight quarters, rising by 5.6 percent in the first quarter of the year as the economy further reopens from strict COVID-19 lockdowns.

The Bangko Sentral ng Pilipinas (BSP) said the Residential Real Estate Price Index (RREPI) increased to 139.6 in the first quarter of the year from 132.2 in the same quarter last year.

According to the central bank, the year-on-year increase in the RREPI is consistent with the outcome of the Q1 2022 Consumer Expectations Survey, which showed a higher percentage of consumers preferring to buy real estate property in the first quarter of 2022.

The increase in the nationwide RREPI in the first quarter was mainly driven by the rise in the prices of townhouses, duplex housing units, and condominium units.

Meanwhile, the prices of single-detached or attached houses contracted by 2.5 percent to 112.7 in the first quarter of the year.

The year-on-year pick up in nationwide housing prices was traced to the 9.5 percent rise in residential property prices in the National Capital Region (NCR) to 156.4 in the first quarter of the year, primarily due to the increase in the prices of condominium units and townhouses that offset the decline in the prices of duplex as well as single detached or attached houses.

Likewise, the residential real estate prices in areas outside NCR grew by five percent to 133.8 from 127.4.

The government placed NCR and nearby provinces under Alert Level 3 anew in January as COVID-19 infections hit daily record levels due to the emergence of the more contagious Omicron variant.

These areas were eventually reopened and placed under Alert Level 1 in March amid the steady decline in cases as the government ramped up the roll out of COVID-19 vaccines and booster shots.

The BSP also reported a 9.2 percent decline in the number of real estate loans granted for all types of new housing units in the country from January to March this year.

The RREPI, launched in the first quarter of 2016, is used as an indicator for assessing the real estate and credit market conditions in the country.

PrevPreviousInflation to breach government’s 2-4% target in 2022, 2023
NextING follows Citi pulls out of retail banking business segment in the PhilippinesNext