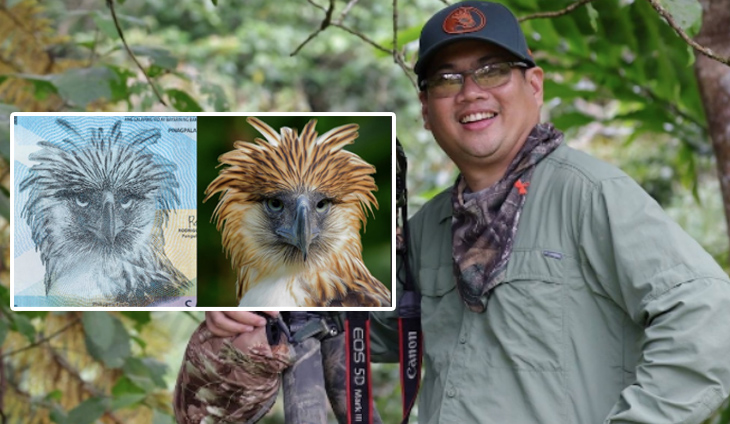 Floyd Bermejo, whose portraits evoke a sense of gentleness in the formidable creature and pride in their beauty, said he wants the Philippine Eagle saved.

The Philippine Eagle, one of the rarest eagles in the world, is listed as critically endangered by the International Union for Conservation of Nature, with an estimate of only 400 breeding pairs left in the wild.

Moreover, the Philippine Eagle is one of the world’s most powerful birds of prey and is native to the Philippines, making it a source of national pride and identity.

Bermejo believes that featuring the country’s national bird on Philippine currency would foster greater awareness for its conservation, especially since it is endemic to Philippine forests.

An avid birdwatcher and member of the Robert S. Kennedy Bird Conservancy, a group dedicated to protecting the country’s birds through documentation.

Bermejo explained that his passion for photography was rooted in childhood memories of hunting birds for food with his father in the mountains of Sipalay, Negros Occidental.

At first, Bermejo took and collected photos to relieve stress.

But through his immersion in communities that served as habitats of endangered birds, his collections transformed into a powerful platform for his conservation advocacies.

Bermejo’s passion as a lensman and his work as a pilot have allowed him to visit many protected forests and wildlife sanctuaries, including the one in Davao where he took the iconic photo of the Philippine Eagle featured on the polymer banknote.

To celebrate the diversity of the country’s flora and fauna, the new 1000-Piso polymer banknote highlights the Philippine Eagle, the country’s national bird, which exemplifies the Filipinos’ strength and love for freedom as well as the BSP’s independence and clear vision to help achieve a stronger and more inclusive economy.

The banknote’s design also features the Sampaguita, which symbolizes purity, fidelity, and hope.