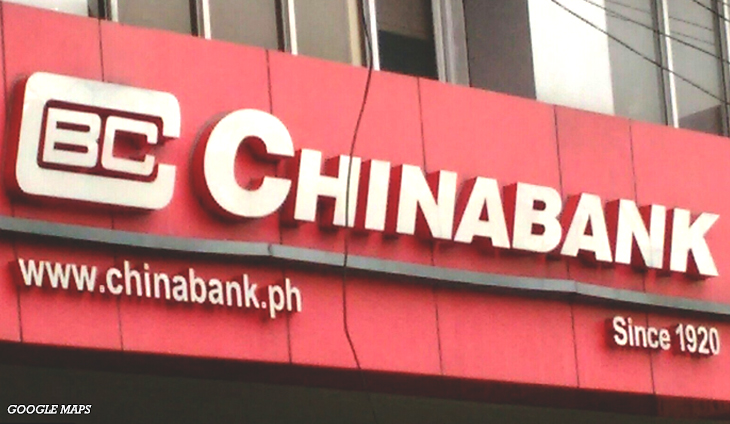 China Banking Corp. led by bankero William Whang booked a 25 percent jump in earnings to P15.1 billion last year from P12.1 billion in 2020 on the back of a double-digit growth in revenues.

“Our 2021 results reflect our disciplined execution of strategies and commitment to supporting our customers and employees. As we increasingly automate and digitize to navigate the continuing challenges of this pandemic, we are focusing on actions and investments that will redound to superior banking experiences and improved financial outcomes,” Whang said.

The listed bank reported an 11 percent rise in revenues to P48.7 billion from P43.9 billion as interest income grew by 13 percent to P38.3 billion and fee-based income inched up by three percent to P10.4 billion.

Operating expenses inched up by four percent to P22.3 billion, resulting to a better cost-to-income ratio of 46 percent from 49 percent.

China Bank’s provision for bad debts was steady at P8.9 billion resulting to a non-performing loan (NPL) cover of 116 percent. Its NPL ratio increased slightly to 2.5 percent in 2021 from 2.3 percent in 2020.

The loan book of the bank owned by the family of the late retail and banking magnate Henry Sy increased by nine percent to P609 billion from P557 billion, resulting to a seven percent rise in total assets to P1.11 trillion from P1.04 trillion.

China Bank CFO Patrick Cheng said the listed bank deployed more loans to businesses to aid in their recovery while continuing to support the credit needs of consumers.

“We kept a close eye on asset quality, maintaining a lower-than-industry NPL ratio of 2.5 percent and adequate NPL coverage of 116 percent,” Cheng added.

The bank also booked a three percent increase in deposit base to P863 billion from P835 billion, driven by an 18 percent build up in checking and savings accounts (CASA) deposits.