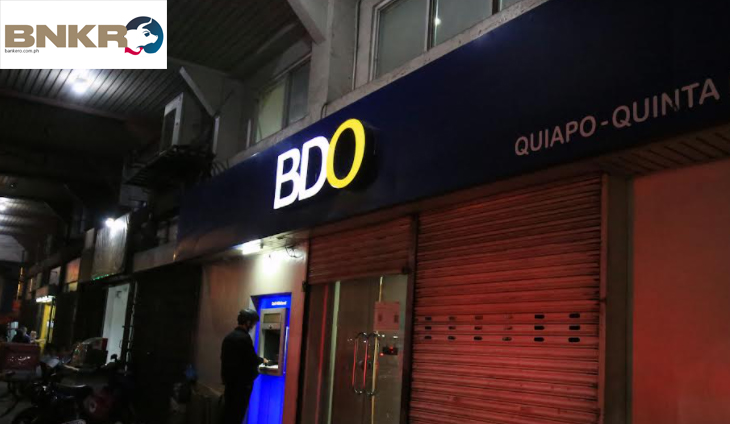 Sy-owned BDO Unibank Inc. led by bankero Nestor Tan sees a reversion to pre-pandemic conditions soon as earnings surged by 51 percent to P42.8 billion in 2021 from P28.2 billion in 2020.

BDO’s full year profits were buoyed by an 11 percent increase in non-interest income and normalized provisions.

“This reflects the bank’s operational resiliency notwithstanding COVIO-19-related headwinds depressing loan activity for much of 2021. Overall business conditions appeared to be improving late 2021,” the bank said in a statement.

The country’s largest lender owned by the family of the late retail and banking magnate Henry Sy said its loan book grew by six percent, faster than the banking industry’s five percent, as COVID-19 quarantine protocols and mobility restrictions were eased.

On the other hand, its deposit base expanded by eight percent driven by the 13 percent increase in current account/savings account (CASA) deposits.

BDO said its non-performing loan (NPL) ratio improved to 2.8 percent in the end of the fourth quarter last year from 3.1 percent in the third quarter, while NPL cover increased to 111 percent despite normalized provisions.

It added its total capital base increased to P424.5 billion while the capital adequacy ratio (CAR) was at 14.6 percent, comfortably above the regulatory minimum.

“Throughout the pandemic, BOO continued to ensure the safety of customers and employees, especially with banking considered an essential economic service,” BDO said.

The biggest bank in the country said approximately 99 percent of its employees are fully vaccinated, with an additional 47percent receiving booster shots in the last two months.

“The bank continues to invest in its digital infrastructure, allowing it to make banking services more accessible and easier to use. In addition to the mobile wallet BDO Pay that was launched early last year, BDO clients can also avail of fully digital account opening, paperless in-branch transactions, and card-less ATM banking using biometrics and QR codes,” BDO said.

BOO has the country’s largest distribution network, with over 1,500 consolidated operating branches and more than 4,400 ATMs nationwide. It also has 18 overseas remittance and representative offices in Asia, Europe, North America and the Middle East.