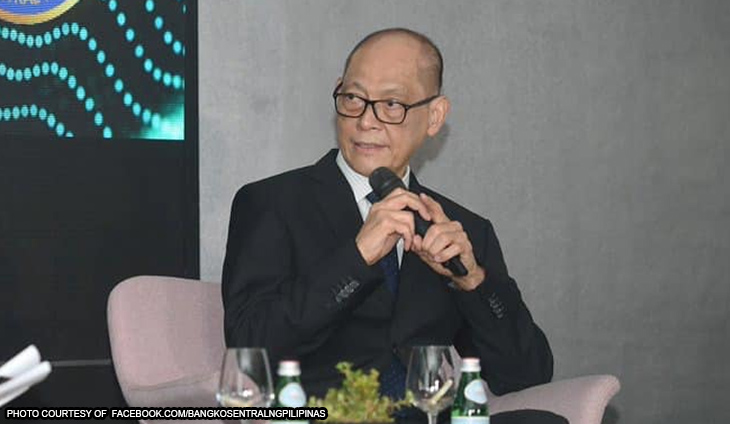 The external debt of the Philippines climbed to an all-time high of $109.8 billion in end March this year, or 3.1 percent higher than the end December level of $106.4 billion, according to outgoing Bangko Sentral ng Pilipinas Governor Benjamin Diokno.

Diokno attributed the rise in the debt level during the first quarter the net availments of $3.5 billion, mainly by the national government and private non-banks.

The incoming Finance Secretary said the national government raised $2.3 billion from official creditors to fund its COVID-19 pandemic response programs and infrastructure projects as well as $2.3 billion from the issuance of global bonds under its 2022 Commercial Borrowings Program.

The recent issuance includes the debut of government’s sustainability bond, which aims to finance climate change mitigation and adaptation projects, among others.

On the other hand, Diokno said non-bank private sector borrowers sought external credit amounting to $995 million primarily to augment their working capital and finance their projects.

Furthermore, prior periods’ adjustments ofS$1.7 billion further contributed to the increase in the debt stock.

On the other hand, the BSP chief said the transfer of Philippine debt papers issued offshore from non-residents to residents of $1 billion and negative foreign exchange revaluation of $841 million tempered the rise in the debt stock.

Despite the increase, the central bank believes the country’s outstanding external debt remained at prudent levels as its ratio to the gross domestic product (GDP) stood at 27.5 percent in the first quarter of the year.

“The ratio remains one of the lowest as compared to other ASEAN member countries,” Diokno said in a statement.

He added that the country’s gross international reserves (GIR) level stood at $107.3 billion as of end March and its equivalent to 7.7 times cover of the short-term debt.

In terms of currency mix, the country’s debt stock remained largely denominated in US dollar with 55.4 percent and Japanese yen with 9.2 percent. US dollar-denominated multi-currency loans from the World Bank and Asian Development Bank represented 20.8 percent.

According to the central bank, the maturity profile of the country’s external debt remained predominantly medium and long-term in nature with original maturities longer than one year with share to total at 87.2 percent, while short-term accounts with maturities of up to one year comprised the 12.8 percent balance.