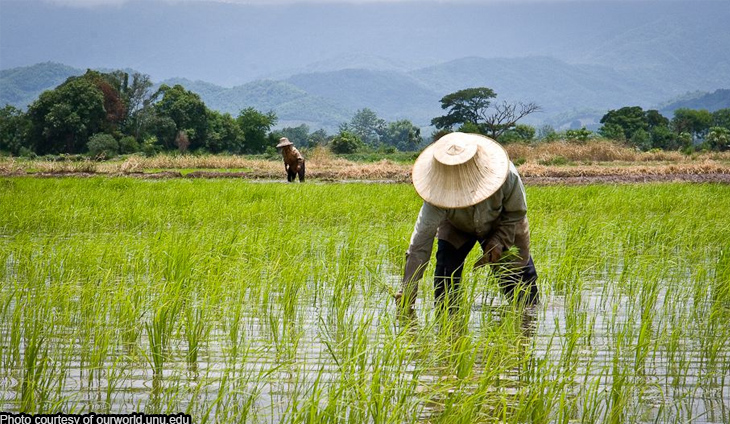 A World Bank study recommending reforms in the Philippine Crop Insurance Corp. (PCIC) has found that the state-run firm’s current approach to agricultural insurance neither provides value for money to taxpayers nor adequate protection to farmers.

The PCIC is also “very exposed to catastrophe losses which are not reinsured,” said the study done by a team from the World Bank’s Disaster Risk Financing and Insurance Program (DRFIP).

While premium subsidies given by the government to the PCIC grew rapidly over the years, the study revealed that agricultural insurance has only reached one-third of the country’s farmers and is not well targeted to ensure that taxpayers are getting value for their money.

An overview of the study was presented recently by Benedikt Signer, a senior financial sector specialist of the DRFIP, to the board of the PCIC chaired by outgoing Finance Secretary Carlos Dominguez III.

Signer said the study found that PCIC’s premium rating, capital management, financial reporting and other aspects of its operations are not in line with international best practices.

According to the study, the agency also remains very exposed to catastrophe losses, which are not reinsured, and its capital is not maximally and efficiently invested.

“So, to put it very bluntly, I guess as a starting point, the World Bank’s findings were that the current agriculture insurance approach in the Philippines is not providing adequate value for money to the Philippine taxpayer, nor adequate protection to farmers,” Signer said.

The World Bank is pushing for the clarification of policy objectives for agricultural insurance by identifying who to protect, based on whether it would lead to loss of consumption or loss of income and ability to repay loans as well as a review government strategy and support, including subsidies.

It is also pushing for the overhaul PCIC operations and capital management, a review of the products PCIC offers, and the overhaul of the market structure by letting the private sector come in and gain access to premium subsidies, and considering alternative market structures such as a co-insurance pool.