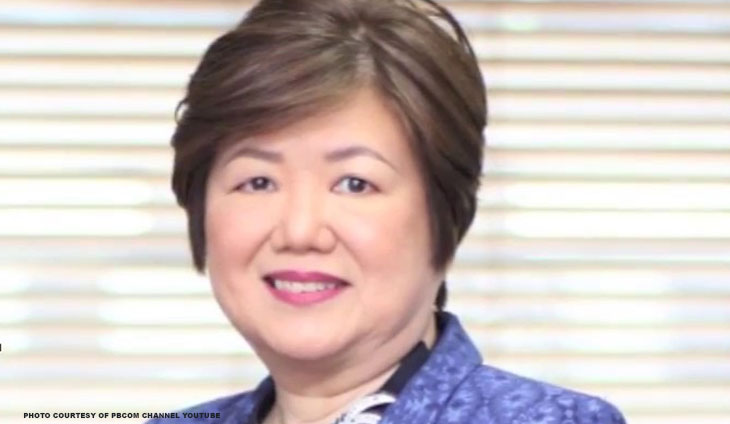 Lucio Co-led Philippine Bank of Communications (PBCom) headed by bankero Patricia May Siy recorded a 34.6 percent jump in earnings to an all-time high of P1.57 billion in 2021 on the back of improved performance of its core businesses and normalized provision for credit losses.

“The bank’s focus on core businesses, such as corporate lending and generation of low-cost deposits, has provided the bank a steady income deposit despite market uncertainties,” the bankero said.

PBCom’s net interest income climbed by 8.1 percent to P4.24 billion as its loan book recorded a 10.2 percent increase to P63.5 billion, higher than the industry’s growth of 4.9 percent.

“We likewise believe that we have our non-performing loans under control as shown by the reduced requirements for provisioning,” Siy said.

The bank’s deposit base inched up by 3.8 percent led by a 30 percent jump in low interest bearing deposits that now account of 60.4 percent of deposit mix.

On the other hand, PBCom’s non-interest earnings dipped largely due to trading and rental income.

The bank’s common equity tier 1 ratio stood at 15.58 percent and capital adequacy ratio at 18.18 percent, both above the thresholds set by the Bangko Sentral ng Pilipinas (BSP) and Bank for International Settlements (BIS).

Last February, the central bank upgraded PBCom’s banking license to a universal status from a commercial bank, allowing its to broaden its produce and service offerings.

PBCom chairman Eric Recto said Lucio Co’s entry as a strategic investor in 2014 put the bank in a unique position for growth, leveraging on the ecosystem of the Puregold Group.

“We are proud and thankful for this privilege to become a universal bank. Our steady growth the past years that began with the entry of Lucio Co has been noteworthy. We now have a solid capital base from which we can expand our banking services in order to serve the needs of our valued customers,” Recto said.