Monetary Board twits Pacquiao on his non-tax revenue increase proposal 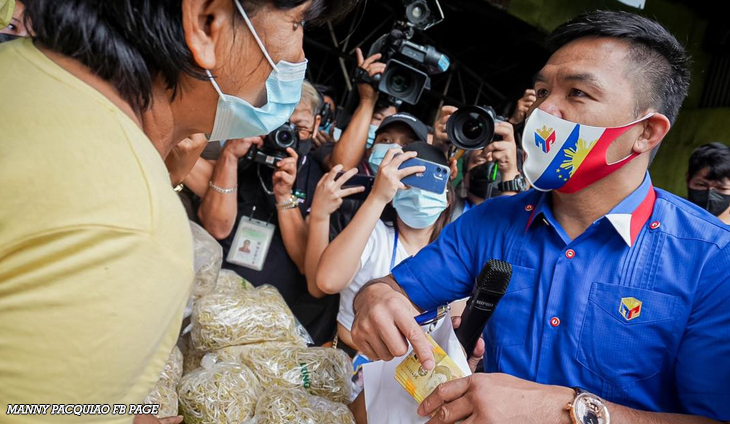 Boosting the government’s non-revenue income as fiscal strategy is just not feasible, according to the policy-making Monetary Board of the Bangko Sentral ng Pilipinas.

This has reference to the proposal of boxing icon and presidential aspirant Manny Pacquiao who noted the paltry contribution of non-tax collection to the national coffers, saying that at six percent of total revenue stream is simply unbelievable.

The eight-division world boxing champion proposed the delivery of basic government service be financed not by tax revenues but by its non-tax counterpart.

Non-tax revenue includes interest earnings on the various government deposits, dividend earnings from a number of state enterprises like banks, privatization proceeds and from fees and charges levied on Filipinos transacting with government entities, among others.

“But that is not going to happen. Non-tax revenues account for only around 10 percent of tota revenues,” economist, educator and MB member Felipe Medall said in a recent online discussion of monetary events.

Non-tax revenues actually fell way below target in the first six months last year to only P101.69 billion instead of P146.68 billion as planned, according to data obtained from the Department of Finance.

Medalla noted the decelerating revenue stream owed for the most part to the impact of the COVID-19 pandemic on economic activities across the country.

This, in turn, run the risk for government to overshoot its fiscal targets this year and next and by extension its commitment to observe the fiscal discipline the destruction of which run the risk of a sovereign credit downgrade.

Such an event, he noted, mean harder times for both government and the citizenry as the cost of money goes up that in turn forces policymakers to borrow or to raise new taxes.

Medalla said the ideal, of course, is that there will be no imposition of new taxes to fund government service and at the same the government is not constrained to cut expenditures.

Tax revenues finance all government operations and reducing government expense runs the risk of social unrest and uncertainty, he added.

He also observed that some of government’s fiscal incentives programs have been overdone, such as the fiscal perks dispensed by the Board of Investments (BOI) on foreign businesses in the Philippines.

“The problem with our tax system is that it has too many loopholes where a large part of incentives the BOI dispenses is given away to businesses that would invest in the Philippines anyway,” Medalla said.