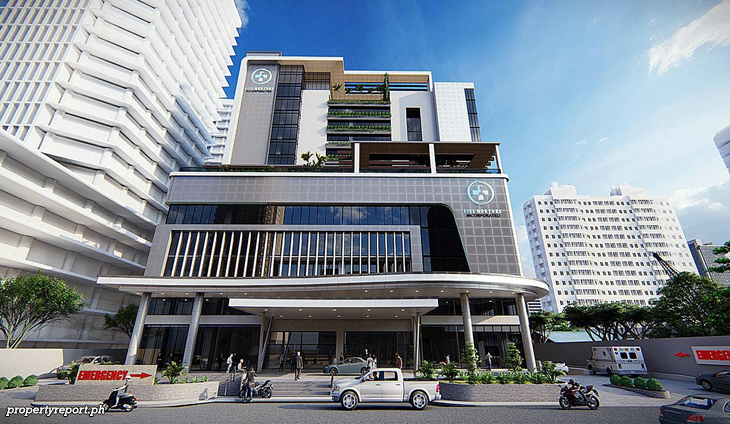 Under the agreement, DBP will extend P2.5 billion in loans to LNI, followed by Landbank with P2 billion, and UnionBank with P500 million. Of the amount, a P3.5 billion tranche is payable in 10 years inclusive of two years grace period for principal repayment, and P1.2 billion payable in seven years plus another P300 million in working capital line.

LNI in April last year signed a joint venture agreement with the city government of Makati to pursue OsMak 2’s redevelopment under the PPP arrangement, having complied with the city’s PPP Code and competitive Swiss challenge requirement.

“As we move forward, we will strive to build and operate a hospital that will remain true to the principle of sustainable delivery of innovative and inclusive healthcare solutions. Makati Life is going to be a holistic healthcare facility,” Sta. Ana said.

The proposed hospital of 360 beds and 192 doctors’ clinics would focus on prevention, treatment and rehabilitation off its patients.

Together with co-founders construction magnate Engr. William Scheirman, who also sits as LNI chairman, and medical internist and entrepreneur Dr. Randy Talamayan, Sta. Ana said LNI hopes to replicate the project in other parts of the country in the future.

“Our dream for LNI is to be a trailblazer in hospital PPPs. We’re honored to have Makati Life as our flagship project. We hope to tweak and replicate the model in other cities and municipalities across the nation. We believe that hospital PPPs are timely and necessary for inclusive progress in our country’s healthcare sector,” Scheirman said.

Equipped with state-of-the-art technology, Makati Life will start partial commercial operations with the opening of a 24/7 primary and urgent care facility in the first half this year and in-patient services with the first 100 beds towards the end of the year.

The second phase, including the launch of the Cardiac Center and operationalization of 200 beds, is targeted by the first half of 2023, while full completion with the cancer and wellness centers is scheduled in early 2024.

“Makati Life will be an inclusive hospital. It will expand Makati City’s platform for delivering social healthcare through the Yellow Card program. In partnership with the city government of Makati, we will provide the required level of treatment and care even to patients who can’t afford it, giving everyone a chance to attain better quality of life,” Sta. Ana said.

“For a business district as densely populated as Makati, with over 600,000 residents and about five million daytime population, there are currently only two major hospitals. There is definitely room for one more and Makati Life is designed to stay relevant and future-ready,” Sta. Ana stressed.