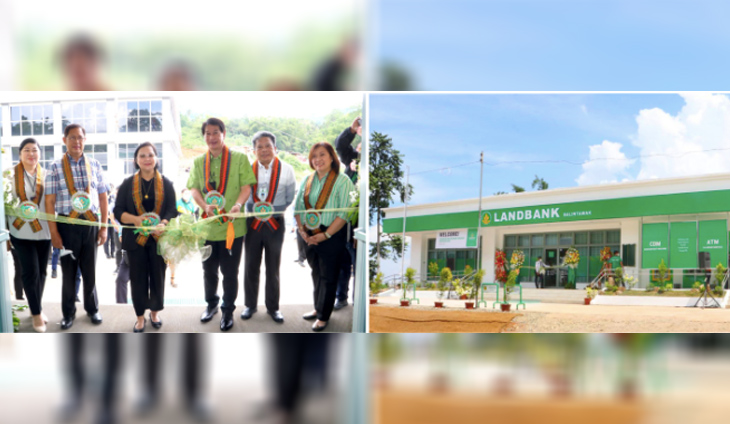 Government-owned Land Bank of the Philippines headed by bankero Cecilia Borromeo is further expanding its nationwide footprint with the planned opening of 15 new branches this year.

The new branch complements the operations of the Landbank Pagadian Branch located in Santiago District, and will assist in servicing depositors from over 300 combined barangays of Pagadian City and seven nearby municipalities, namely San Miguel, Lakewood, Tigbao, Vincenzo Sagun, Dinas, Tabina, and Margosatubig.

The two onsite ATMs in the branch will also help facilitate cash payouts for over 71,000 beneficiaries of the Conditional and Unconditional Cash Transfer programs of the Department of Social Welfare and Development (DSWD) in the area.

“Our new Landbank branch in Pagadian reflects our unwavering support to the development of the City and the whole Province of Zamboanga del Sur. We will continue to provide greater banking convenience and accessibility to our growing customers in the Province,” the bankero said.

Landbank now operates a total of five branches and a lending center in Zamboanga del Sur. This is complemented by 29 ATMs and three cash deposit machines spread across the Province.

The state-run bank is targeting to open 14 more branches and branch-lite units in key strategic areas nationwide before the year ends, including 230 new ATMs and 50 CDMs.

To widen its reach in unbanked and underserved communities, Landbank is also gearing up to onboard 24 new Agent Banking Partners (ABPs) and install additional 120 point-of-sale (POS) terminals under its Agent Banking Program.

It is the only bank present in all 81 provinces in the country with a total of 607 branches and 58 lending centers as of end May, servicing the requirements of a diverse customer base, including unbanked and underserved areas.