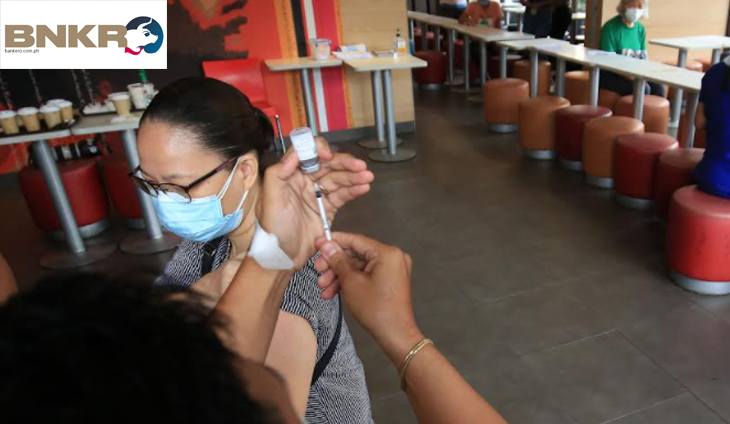 Although the Philippines owns a comparably high COVID-19 rate of vaccination of its population versus peer economies, Fitch Rating on Thursday merely affirmed the country’s investment grade.

The country’s “BBB” rating, which is just a notch above the minimum investment threshold, remained unchanged from that awarded in July last year when the London-based sovereign credit watcher instituted a wave of downgrades across countries.

“[Philippine economic recovery] should be supported by a pick-up in vaccination rates (92% of 54 million target individuals had been fully vaccinated as of December 2021), falling Covid-19 infection numbers, normalized economic activity – particularly in services – after tight containment measures in 2020 and part of 2021.

“The fiscal and monetary policy response, strong infrastructure spending and resilient remittances and exports is also boosting the recovery,” it said.

Sovereign credit ratings are an important barometer of a country’s economic health and global lenders use it in determining interest charges for loans obtained overseas.

Fitch’s rating affirmation came in the wake of data only last month showing the economy expanded by 7.7 percent in the final quarter last year on the basis of renewed growth in consumption and investments.

It noted the strong output outcome brought last year’s full-year output growth, measured as the gross domestic product (GDP) to 5.6 percent or even higher than the five percent to 5.5 percent target set for the period.

It likewise noted the performance reversed the recession experienced in 2020.

The country’s “negative” outlook, which signals a pullback in the basic BBB grade awarded the country for now should economic conditions take a turn for the worse going forward, also highlights the importance Fitch Ratings places on the fiscal cost of the government’s pandemic response, the challenges attendant to the unwinding stimulus undertaken by the Bangko Sentral ng Pilipinas, as well as so-called post-election uncertainty that puts in question the future path of fiscal and monetary policies thus far instituted.

Fitch is hopeful the government will persist on the policy strategies it has adopted “given the decades-long track record of sound economic performance.”

Finance Secretary Carlos G. Dominguez said: “The government has accommodated the huge cost of COVID-19 crisis response to help the vulnerable sectors survive and recover from the crisis, largely because of President Duterte’s comprehensive tax reform program and his policy of prudent fiscal management and discipline.”