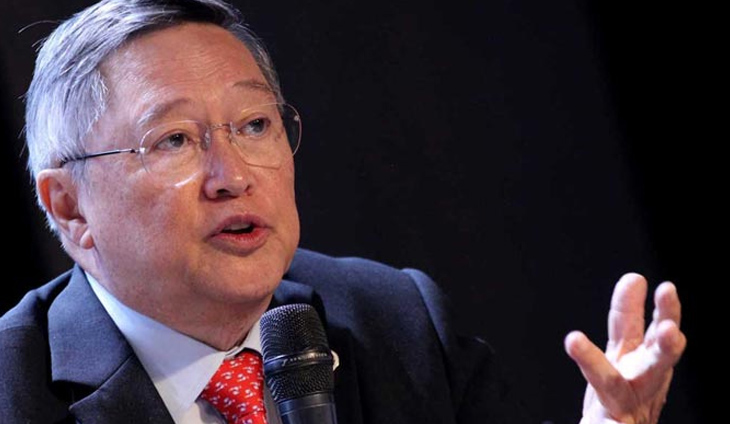 Carlos G. Dominguez, the country’s Secretary of Finance, recently expressed disappointment over the lack of speedier, more forceful and concrete steps from advanced economies to reverse the impact of climate change.

He expressed his frustration in a prerecorded message at a webinar themed “The Golden Age of Sustainability: Greening the Philippines” hosted by the European Chambers of Commerce in the Philippines (ECCP) on February 18 this year.

He said: “We are disappointed, however, that the Western countries with the greatest volume of emissions were far less ambitious in their commitments to the global effort to rescue the planet. This includes many European countries.”

He noted the Philippines contributes only 0.3 percent to the global greenhouse gas emissions but has boldly committed to cut these by 2030.

On February 18 he said the country’s own commitment will take the form of actionable projects as a demonstration that an emerging economy, while a climate-vulnerable one, “can lead in the fight to save the planet.”

He bared a plan to sell $500 million worth of sovereign green bonds within the next few weeks to help underwrite the program looking to retire the country’s highly pollutive coal-fired power plants and adopt more renewable energy power sources.

“We cannot wait for the bureaucrats in the industrialized world to take their sweet time splitting hairs on the idea that the countries that polluted and continue to pollute the most must bear the greater part of the financial burden of reversing global warming that they started 175 years ago. This is, for us, the essential meaning of climate justice,” Dominguez said.

According to him, the Philippines is determined to move ahead with its COP commitments and willing to move forward “on its own, if necessary” on the subject.

Dominguez said the proposed “green bond” sale is even now being crafted and its final size, denomination, launch date and other details should soon complete.

PrevPreviousDBP extends P2.5B loan for the construction of The Limketkai Podium in Caloocan
NextThere is no mercy for fraudsters in insurance, pre need and HMOs under the industry-wide blacklist rule Next

The state-owned bank urged its clients to be vigilant of scams.

The central bank of Singapore will be the first to issue sovereign green bonds aimed at sustainable finance.

EJ Obiena met with the insurance partner backing his bid for the 2024 Paris Olympics.

RCBC ATM Go has now reached all provinces in the country to further accelerate digital banking in remote areas.

The IMF said that the Philippines has sustained its growth, but still faces risks.

Security Bank turns over artworks to the National Museum

The bank formally turned over sculpture to the National Museum as it unveiled a new Security Bank Hall in Manila.