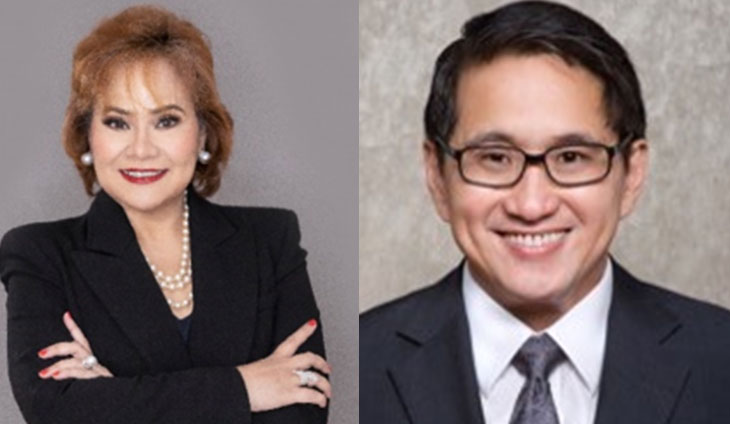 Gotianun-led East West Banking Corp. has overhauled its management team as veteran bankero Tony Moncupa is set to step down as president and CEO of the bank.

Moncupa, who has served as the bank’s CEO for the last 16 years, is giving up all his management positions by the end of the year.

EastWest executive vice president and chief lending officer Jacqueline Fernandez is set to take over as president on July 1. Fernandez was a key figure in steering bank to become a major force in consumer lending for the past 16 years.

She led the bank to top positions in auto and personal loans and steered the bank to become the sixth largest credit card issuer. In 2020, the Bank consolidated its lending activities, including corporate lending.

On the other hand, seasoned international banker Jerry Ngo is taking over as CEO starting January 1 next year. He is currently serving as strategy consultant for EastWest’s parent firm Filinvest Development Corp.

Ngo, a native of Cebu and a 30 year veteran in the of banking and finance field, served as Group Chief Finance Officer and Independent Board Director of Saratoga Investama Sedaya, one of Indonesia’s earliest and largest investment holding companies with a current market capitalization of $3 billion.

Ngo was the Institutional Banking Head and Executive Director for ANZ Bank Indonesia, and served as Managing Director for Vietnam, Laos, and Cambodia at Standard Chartered Bank. He also previously worked for Citibank where he held various roles in product management, sales, and operations in Manila, South Korea, and Singapore.

“We are pleased to announce these top management developments as we look forward to EastWest becoming an even more relevant participant in the Philippine banking industry. With the proven track record of Mr. Ngo and Ms. Fernandez, we are confident that they can guide and build further on our successes in delivering an even better customer experience, as we continue to accelerate our digital transformation programs,” EastWest Jonathan Gotianun said.

Moncupa will remain as vice chairman of the Board.

“We thank Mr. Moncupa for his leadership that brought the Bank to where it is now. While we understand his desire to relinquish his executive role and give some time for his other interests, we look forward to continuously hear his insights in the board of directors,” Gotianun said.

Meanwhile, EastWest also announced the appointment of Mercedes Gotianun as the bank’s Chairwoman Emeritus after tendering her resignation from the Board of Directors effective June 30 this year.