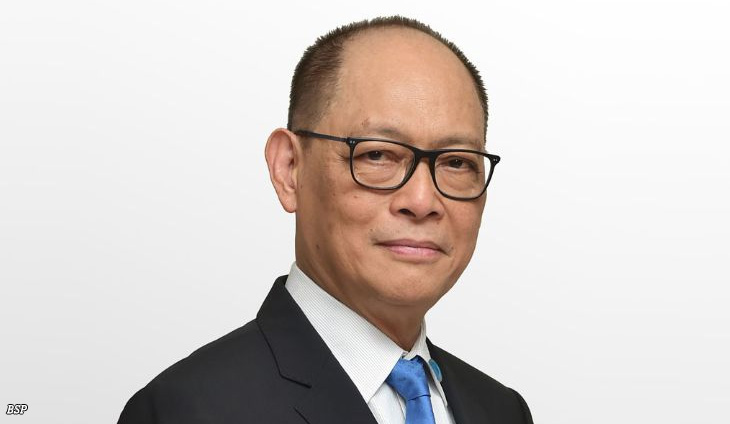 “It is an honor to serve the Filipino people in my current and any future capacity. I am grateful and humbled by the trust given to me by the President-elect to help his administration manage the country’s fiscal affairs,” Diokno said.

As he accepts the top post at the Department of Finance (DOF) replacing Carlos Dominguez III, Diokno emphasized the importance of policy continuity.

“Prior to the pandemic, the outgoing BSP chief said that the Philippines was poised to transition into an upper-middle-income economy, thanks largely to sound economic policies put in place over decades by multiple administrations.

“As the country transitions to the next administration, it is my view that continuity of sound macro and fiscal policies is important to achieve the stronger post-COVID Philippine economy that we all aim for,” Diokno said.

As Finance secretary, Diokno vowed to continue prudently and carefully balancing the need to support economic growth, on one hand, and to maintain fiscal discipline, on the other.

With his appointment, Governor Diokno will cut short his term as BSP chief, which was scheduled to end in July 2023.

Under Diokno’s leadership, the BSP was among the first central banks in the world to decisively respond to the COVID-19 crisis. The prompt and extraordinary monetary measures provided a significant cushion to the current state of the Philippine economy.

It was during this time that “The Banker”—an influential international publication owned by the Financial Times—recognized him as “Global Central Bank Governor of the Year 2022.”

Prior to his stint at the BSP, Governor Diokno served his second term as Budget Secretary from 2016 to 2019, when he pursued an expansionary fiscal policy to finance investments in human capital development and public infrastructure. He first served as Budget Secretary in 1998 to 2001 under the term of former President Joseph Estrada.

BSP Monetary Board Member Felipe Medalla takes over the post to be vacated by Diokno.