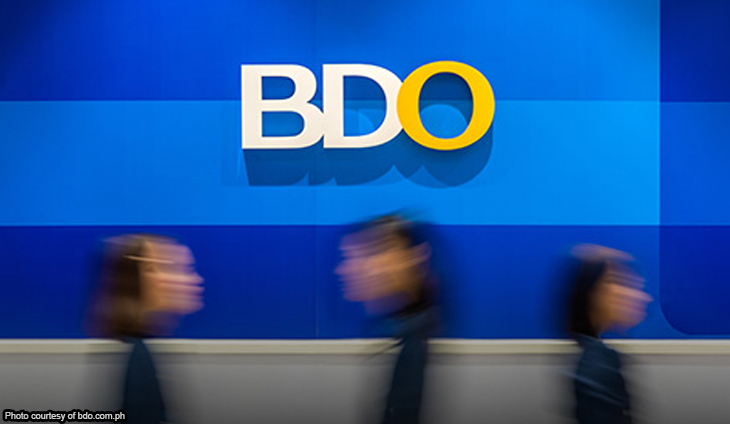 The capital hike to further strengthen the capital position of the country’s largest rural bank would be funded through the issuance of primary common shares.

The Board of Directors of the largest lender in the country has approved the infusion of up to P1.7 billion through the subscription of common shares to be issued out of the authorized and unissued capital stock of BDO Network Bank.

Both shareholders have committed to participate in the capital-raising activity up to their proportionate shares.

The capital plan will be implemented through periodic subscriptions of primary common shares up to P2 billion. The capital-raising plan will be subject to regulatory approvals.

The fund raising activity would enhance the ability of the rural banking arm of BDO to cover and serve more markets, particularly the unbanked and the underserved segments of the population.

Furthermore, the additional equity would allow BDO Network Bank to support the sustained expansion in its salary loan and micro small & medium enterprises (MSME) portfolios, which have a compounded annual growth rate of 28 percent over the last three years to P37 billion.

While BDO Network Bank has experienced strong growth in recent years, there is no guaranty that the country’s largest rural bank would be able to continue with a similar growth trajectory.

BDO, owned by the family of the late retail and banking magnate Henry Sy, is the country’s largest lender in terms of assets, deposits, loans, and trust fund under management.

It owns the country’s largest distribution network, with over 1,500 consolidated operating branches and more than 4,400 ATMs nationwide. It also has 16 international offices in Asia, Europe, North America and the Middle East.