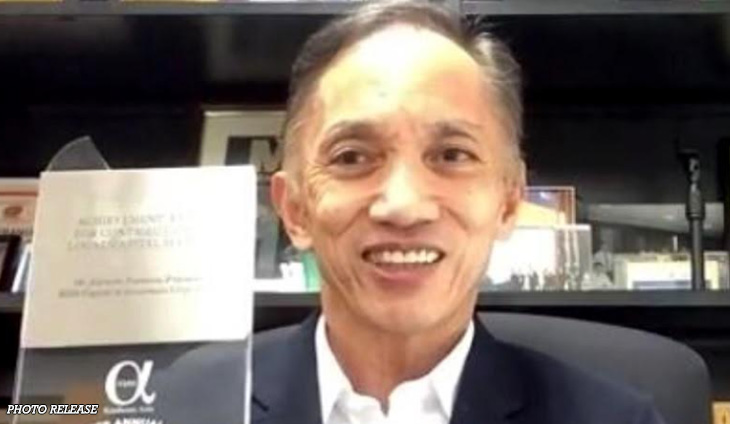 The president of the investment arm of BDO Unibank Inc. led by bankero Nestor Tan emerged as the first Filipino recipient of the Achievement Award from Hong Kong-based publication Alpha Southeast Asia.

Under Francisco’s leadership, BDO Capital, a wholly-owned subsidiary of BDO Unibank, has proven itself an industry trailblazer.

During the 10-year period between the Asian financial crisis in 1998 and the global credit crisis in ’08, BDO Capital helped raised a total of $22 billion in equity offerings and debt issues for both government and private institutions.

Francisco played a pivotal role in introducing the first retail treasury bonds in the Philippines.

Today, Filipinos can invest in RTBs for as low as $100 or P5,000. Since the launch of RTBs about 20 years ago, there have been over 23 issuances. RTBs can now also be accessed through an online platform for investors’ convenience.

Francisco also had an active role in establishing REITs in the Philippines against a background of tax and regulatory issues, paving the way to at least five REITs offerings in the country amid the COVID-19 pandemic.

He also led the first dollar preferred share listed in the Philippine Stock Exchange (PSE) for Del Monte and was involved in most of the perpetual preferred offerings in the country.